When was your gay adolescence? 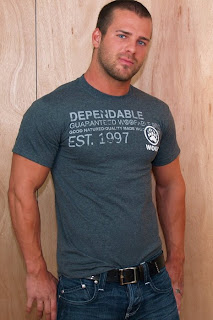 Have you heard of the movie Beginners directed by Mike Mills and starring Ewan McGregor and Christopher Plummer? The movie is based on Mike Mill's real life and his relationship with his Dad who at the ripe age of 70 (and 6-mos after his wife's passing) reveals that he's gay. The movie chronicles the father's exuberant embracing of his 'new gay life' and Mike's relationship with his Dad as well as his new girlfriend.

It got me to thinking when I first came out in my late 20s and the 'exuberance' or rush that I felt. I could totally relate to this 70 year old man played by Christopher Plummer. Watching an interview with Mike Mills, he referred to the phenomenon as a second or 'gay adolescence', which I thought was a perfect term. For many people who come out later in life it does seem like they go through a second adolescence filled with boy crushes, drama and a lot of emotional energy.

Regardless of whether you've heard the term second adolescence or gay adolescence. Did you come out after your teenage years? And if so, did you also enjoy an intense second 'gay adolescence'? Do tell...
Thanks to Jen on twitter who alerted me to a NPR interview of the director you can watch here.

The handsome guy posted at the beginning of the post has nothing to do with the movie but would be just the kind of guy who would have stopped me dead in my tracks. I've been looking for an excuse to post this picture and it seems that although my 'gay adolescence' is some years behind me now; some things never go away. I like that I remain a bit boy crazy.

Gosh, that movie is on the top of my "must-see" list! Thank you! As you probably know, I'll be 49 soon, father of three and came out only 5 months ago.

I am just at the very beginning of my 'gay adolescence." I'm finding it a very exciting time despite doing through the stress of my separation & divorce at the same time.

Many of my online friends are worried that I won't be sensible and safe when I start on the physical side of my gay 'slut phase.' I promise that I won't do anything foolish!

I came out just after high school, though close friends in high school knew. And I think I did experience that second or gay adolescence, or maybe just the rush of finally getting to be completely myself.

I think part of it is who you are. Believe it or not, I actually tend to be introverted and shy. So, big time partying and general debauchery would not have been my tendency whether gay or straight. My mid 20's to mid 30's would have been the 1980's, so my reticence probably saved me.

Did I ever! There was such a tremendous rush, whenever I thought about being gay. It was as if the world was my oyster! And I found a few pearls. I still get that feeling. I love being gay. I would not change being gay for anything.

I can't wait to see the movie. Plummer's performance is getting rave reviews! I guess that you have to compare the experience of Mill's father with the character played by Colin Firth in A Single Man.

Yes, definitely had a gay adolescence in my mid 30's after coming out and leaving my marriage. It was an interesting time: lamenting the loss of the one LTR I had had for 12 years, but also opening a new life...

I think we all go through this at first. We spent so much time trying to act straight that once we come out it's time to just enjoy the new community we've found. I came out right after my freshman year of college. I spent a lot of time in and out of college for the next few years, bouncing between internships across the country. When I found a new city, everyone was all fun and new. There were always welcoming guys for early 20s college kid :-)

Thanks for this topic - it's very interesting. I came out at age 48 after a 19 year marriage to a woman. We had three kids together. It was the single-most liberating experience of my life! Suddenly I was out of prison and I wanted to shout the news from the mountain top! While I did some exploring, I was too shy and reserved to have a "slut phase". Thankfully I had wonderful co-workers who supported me and helped me through my marriage break-up and the start of my gay journey. I also found an online friend I call my “gay mentor” who was instrumental in helping me to discover what I truly wanted while at the same time maintaining my moral and ethical values. I’m happy I waited until middle age for several reasons. First of all, I wasn’t mentally ready any earlier. I had to “come out” to myself first before I went any further. Secondly, at 48 years old I had lots of life’s experiences to draw from to help me wind my way down this new path (dealing with game players, flakes, charlatans, etc). Thirdly, I am probably even less adventuresome now than I was at a younger age so that assisted me health wise. Lastly, I wouldn’t have the three fantastic kids that I now have. From the stories I’ve heard of teens coming out . . . it wasn’t pretty for them (and it especially wouldn’t have been in my teen years). All in all, I was my “gay adolescence” for about 18 months until I met my wonderful partner and we have never looked back! I too LOVE being gay and LOVE being a gay father!