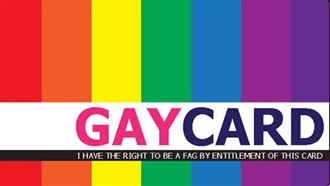 Once a year, I need to break out my gay card to get it renewed so I head out and partake in Boston Pride and its festivities.

Despite today's cold temperatures and rain, it could not stop me from getting out and enjoying myself. I did not bother to watch the Boston Pride parade. In my opinion Dayton, OH probably has a more interesting pride parade. However, I did make a pit stop at the Chandler Street Block Party (the most popular event of the week and oddly not even a recognized event by the Boston Pride committee - doesn't that speak volumes?)

The colder weather and intermittent rain finally made me beat a hasty retreat over to Club Cafe where I danced the afternoon away. As is to be expected there were many interesting outfits and costumes. I was given a big smooch by a Liza impersonator and asked Wonder Woman to strike a quick pose with me. 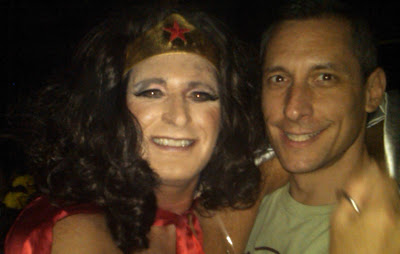 And I thought you had a membership for life, no renewal necessarry. ;)

I'm glad you had a good time at Boston Pride, weather permitting.

Did Wonder Woman use her golden lasso on you? ;)

I never realised that being gay was so much like being an Anglican. It is tradition within the Church of England that if you wish to maintain your membership you have to turn up for church at Easter.