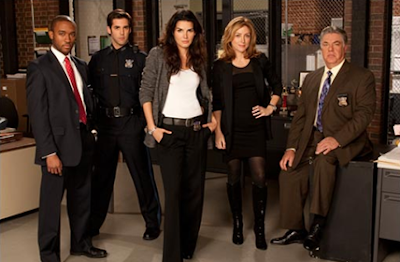 Tonight I watched the new TNT drama, which follows two detectives Jane Rizzoli (played by Angie Harmon) and medical examiner Maura Isles (played by Sasha Alexander). The episode was chalk-full of Boston scenes - fortunately nobody tried to fake a Boston accent. Who can tell if the series will be successful, but I enjoyed watching the show.

The story lines need improving and the premise of the medical examiner being at all the scenes seems forced, however, I really like the two main characters- they're intelligent, quarky, snarky and fun.