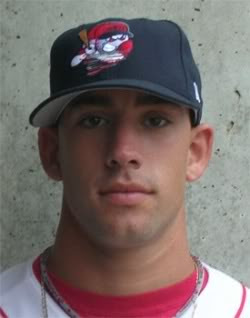 Ryan Kalish was called up from the Red Sox in late July and since joining the team the lefty has proven to be a valuable asset helping more in the outfield than at bat (although he did hit his first grand slam just weeks after being called up to the big leagues).

However, it was not until this evening while I was watching the game against Tampa Bay, that I really noticed how handsome this left handed Sox player really is. If anyone has any other pictures of this guy, send them my way. 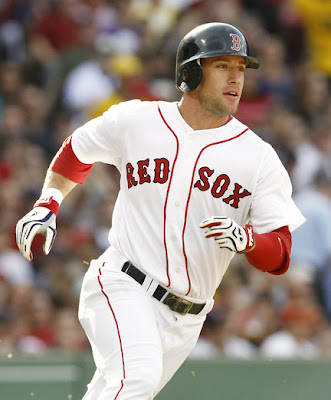 Quite the looker. Men in uniform.

Sizzle, sizzle. I think it's a prerequisite to be gorgeous if you want to be a professional athlete. It certainly doesn't hurt to gain fans!

He is super cute. *sugh* But I miss all my husband Jacoby Ellsbury!!

Handsome for sure but his neck looks a bit too thick!

I was there for his grand slam on Sep 6 -- that's two in three weeks, at hallowed Fenway Park. Quite a thrill for the kid, no doubt. Welcome to the show, Mr Kalish.