The thrill of victory 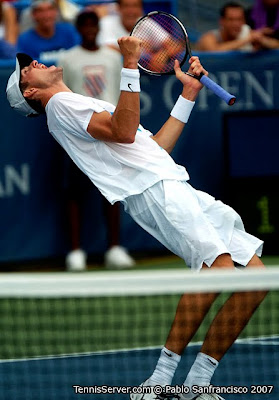 History at Wimbledon was made after John Isner defeated Nicolas Mahut in the longest tennis match ever.  Play lasted an incredible 11 hours and 5 minutes.  Both men displayed uncanny courage and sportsmanship and played like champions through out. It was an historic match that I'll never forget.  The final fifth set score was an incredible, 70 to 68 games in Isner's favor.
Posted by BosGuy
Labels: BosGuy, Boston Guy, Sports